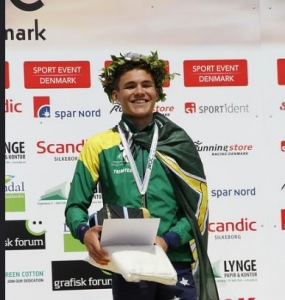 Orienteering Australia’s Athlete of the Year for 2019 – Aston Key

Aston Key has been named as Orienteering Australia’s Athlete of the Year for 2019.

In July, he became the second Australian to win a gold medal at the Junior World Orienteering Championships when he won the sprint event in Denmark. He followed this up with a bronze medal in the long distance, and a fifth place in the middle distance. Whilst his JWOC results were the highlight of his year, he also had numerous significant achievements in 2019 at senior level, including becoming the Oceania middle distance champion in October, and later that month placing 21st in the World Cup final in China, the best Australian World Cup result since 2015. This followed his senior World Championship debut in 2018 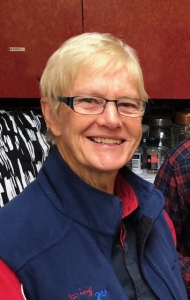 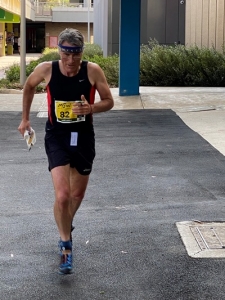 Kathy Liley has contributed to orienteering at State and National level for over 35 years, in both administration and technical aspects of the sport.

She was minute secretary, then secretary of the Victorian Orienteering Association in the late 1980s before taking over as Treasurer (later Director Finance) for Orienteering Australia for 16 years (1990- 2005).  After that Kathy continued to make administrative contribution to Orienteering Victoria as Statistician (2011-2018) and as coordinator of Controller education.

At the international level, Kathy represented Australia at IOF meetings three times during the 1990s (Congress in Switzerland, and the Presidents’ Conferences in Germany and Scotland).  She was a member of the IOF World Cup Group 1992-96, and a member of the jury at WOC in 1995.  She is currently a licensed IOF Event Advisor.

She has had extensive involvement at club level since starting orienteering in 1973, as an original member of Super Turtles, as a foundation member of Emu, and Yarra Valley Orienteering Club for the last 30 years. During the 1980s, she was an accredited Level 2 Coach and conducted regular coaching activities for her club members.  She has had long stints as newsletter editor for Emu and YVOC, and is currently treasurer for the YVOC of which she is a life member.

Peta Whitford began orienteering in Victoria in 1971 and rapidly developed her skills as a top female competitor. She represented Australia at the World Championships in 1974, 1976 and 1978 and in 1993 travelled with the WOC team as Coach.

She developed a major interest in elite-level coaching, and chaired the OA Coaching Committee for four years, also holding the title of National Coaching Director. She assisted in the conduct of the first OA Level 2 coaching course, held in December 1985, and was involved in developing the Level 2 and 3 coaching accreditation syllabi.  She updated the current Level 1 coaching accreditation program.

Combined with elite coaching, Peta saw a need to target women in their orienteering development.  As a result she was invited as the Coach-in-Residence in NSW, Qld, Tas, SA and WA to run multi day coaching seminars/ camps to a wide range of orienteers.

At WOC85 she was the Deputy Technical Co-ordinator for ‘out-of-forest’ activities, and assisted in test-running legs for the WOC courses.

Another major activity in Peta’s orienteering life was the conduct of an extensive schools ‘Come and try it’ orienteering program run on a professional basis in her capacity of VOA Development Officer. That program and more recently the Sporting Schools Program continues to introduce hundreds of schoolchildren to orienteering in Victoria.

In 1976 Peta worked with orienteering marketing guru Tom Andrews to hold the first ever Australian Schools Orienteering Championships at Mt Evelyn, Victoria. From this grew the Victorian Primary and Secondary Championships. In 2004, following the start of mountain bike orienteering in Australia, she established the first Schools MTBO championships, starting with 80 riders and reaching 180 riders within a few years.

She was involved in junior development in her capacity of Manager and /or Coach of the Victorian schools team to the Australian Secondary Schools Orienteering Championships over 13 years. During this time, initially aided by Sue Sturges, Peta established the Southern Cross Challenge.in which a New Zealand schools team is invited annually to compete against the Australian Schools Teams. Peta retired after 27 years of dedicated work for Orienteering Victoria in 2018.