Victoria’s Aston Key has capped off an incredible week at the inaugural Sprint World Orienteering Championships in Denmark, with a stunning 5th place in the Individual Sprint Final; an intense race which saw some favourites come unstuck.  Aston finished just 38 seconds behind the winner, Norwegian Kasper Fosser. After a conservative run in the qualifying round, Aston pulled out all the stops in an impressive performance under pressure.  Former coach-in-residence and Honorary Aussie Ralph Street was 6th, just 2 seconds behind Aston.

Earlier in the week, Aston ran the second fastest leg in the Sprint Relay, and qualified fastest in the first round of the Knockout Sprint, making it through to the semi finals.

You can find all the results, GPS tracking, photos and videos, and more, at woc2022.dk 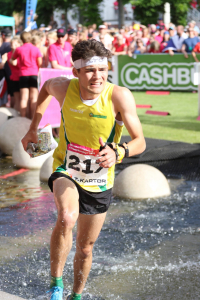